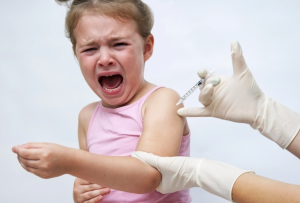 Friends, we did it. We WON.

On Friday, April 28, the Notice of Settlement of our lawsuit against the Piedmont Unified School District (“PUSD” or “District”) was entered in the Alameda Superior Court, resolving our case against the District in its entirety. This Notice came after months of behind-the-scenes battles in and out of court, including one of the most significant wins in the anti-mandate movement: local school district boards do not have the legal authority to mandate new vaccines.

Recall that your FLTJ Warriors – on behalf of their clients Children’s Health Defense, California Chapter (“CHD CA”), Protection of the Educational Rights of Kids (“PERK”), and two mothers, Jane and Janet Doe – took on the District after it unlawfully demanded that students in grades kindergarten and up succumb to a COVID-19 injection or face complete expulsion from the District, which was withholding any remote learning option. Recall that this was one month after it admitted on the record that it had no legal authority to do so. As with our LAUSD lawsuit, we argued that the District did not have the legal authority to impose a new shot requirement; violated parents’ and students’ rights to privacy to make personal health decisions for themselves; knowingly, intentionally, and cruelly segregated and discriminated against children; and deprived them of their constitutional right to an education, among other unlawful misconduct. On January 11, 2022, Judge Seligman granted FLTJ’s request for an Application for Alternative Writ, agreeing that we were likely to succeed on the merits of our underlying lawsuit because a local school district, like PUSD, has no lawful authority to mandate any new vaccine, and stayed enforcement of PUSD’s mandate. He then granted an expedited hearing on the merits, which was set to be heard on March 1, 2022.

Instead of coming to court to defend itself and explain its policy, PUSD voted to repeal the mandate in its entirety. In response, your FLTJ Team immediately engaged in aggressive settlement negotiations and were able to force the District to agree, not only to repeal its illegal, dangerous mandate, but to guarantee that no similar mandates will be considered in the future. Over 100 families in the District were able to avoid forcibly enrolling their children as young as 5 years old in the clinical trials of an unapproved, Emergency Use Authorized-only injection, and to avoid the jab altogether.

This is a major victory not only for schoolchildren and families in this District but throughout the State. Without the actions of FLTJ, CHD-CA and PERK, this horrifying policy would still be in place.

Thank you for your continued support, prayers, donations, volunteer hours, care packages and hugs (both virtual and in-person when we are lucky enough to receive them). We will never stop fighting for you, our children, our Freedoms, and our Future.

Please do not ever stop believing in us, and never doubt your authority, right, ability and need to #RISEUP.