The Law Offices of Nicole C. Pearson is passionate about four things – the Facts, the Law, Truth, and Justice – and to using them to defend and preserve civil liberties and basic, human rights for All. While initially focused on employment and business litigation, the Firm pivoted in 2021 to rise up against the coordinated assault on our – and, more alarmingly, our children’s – individual liberties, by politicians, special interest groups, private entities emboldened by the government, and even our own neighbors. The Firm is at the forefront of The Fight against this assault on our children, and the basic principles of limited government, checks and balances, and personal autonomy necessary for a free and healthy society.

The one thing that has always mattered most to Nicole is people: how they feel, what they need, and how she can help them. From that innate sense of purpose came an intense desire to find truth in order to help people seek – and find – justice. As a young girl, this meant organizing donation drives, initiating the first recycling program at the local library, co-founding the U.C.L.A. Dance Marathon benefitting the Elizabeth Glaser Pediatric Aids Foundation, mentoring inner-city teens through Loyola Law School’s Young Lawyers Program, and coaching students through the Moot Court program.

It was actually at Loyola that Nicole discovered her fourth love: The Law. While studying the Constitution and principles, values, and rights afforded thereunder, she lovingly became “The Girl Who Cried About the First Amendment” (because dictators have a right to nonviolent, irreproachable, non-profane free speech, too!) and channeled her passion into studying law that supported these basic principles and freedoms.

Nicole’s appreciation for the Constitution and the United States comes, ironically, from her Abuelita, who escaped Italian fascism during World War II by fleeing to Argentina – where Nicole’s mother was born – and later fled from socialism in Argentina to build a better, safer life in the U.S. Nicole still vividly remembers her Abuelita’s stories shared while making empanadas from scratch, and will never take for granted everything her ancestors risked to create the beautiful family and life she now has in Southern California.

After graduating U.C.L.A. with honors, Nicole graduated from Loyola Law School as a scholar and Moot Court champion and began representing businesses and employers from across the globe. She quickly shifted her focus to employment law, where she realized that advocating for voiceless employees whose rights were being trampled was her loudest calling.

Utilizing her experience and perspective defending employers, Nicole harnessed her passion for advocating for those in need, launched the Law Offices of Nicole C. Pearson in 2015, and never looked back.

Nicole’s career has been marked by a passion for truth and justice, a zeal for tackling – and winning – legal challenges, and an insatiable drive to “make the world a better place” for all. Nicole’s broad legal experience encompasses employment discrimination (race, religion, pregnancy, disability, marital status, leave), harassment, retaliation, and wrongful termination; civil rights violations (Title VII of the Civil Rights Act, Americans with Disabilities Act, Unruh); and Constitutional issues. She has personally litigated these claims through every stage of litigation, from client intake to witness interviews, discovery, motion writing and oral argument, to mediation, up to the time of trial. Nicole has practiced before state and federal courts and is admitted to practice law in California, including the Central District of California.

Prior to joining FLTJ and CHD-CA, Rita was a Professor at Chapman University’s Dale E. Fowler School of Law, where she taught courses in Legal Analysis, Research & Writing, Legal Skills for International Students, and Food Law & Policy. She received her JD from the University of Texas, where she graduated with honors, and her B.A. in English from Barnard College of Columbia University, where she graduated cum laude. Prior to her teaching career, Rita was an associate with Latham & Watkins in both their Los Angeles and Orange County offices, working on a variety of litigation and transactional projects. While at the University of Texas School of Law, Rita was an extern for Justice Greg Abbott of the Supreme Court of Texas – now Governor of Texas.

As a scholar, Rita’s interests in clean food, water, and safer alternative treatments for children with ADHD led her to delve into the complex issue of corporate malfeasance and the regulatory capture of agencies such as the CDC, FDA, and EPA. Her published law review articles touch on issues such as the health harms of compulsory fluoridation programs, the unnecessary medicating of children allegedly diagnosed with “ADHD,” and the harms to communities and children on the islands of Hawaii caused by Big Ag’s growing of genetically modified crops. Her longstanding interests in and advocacy for a safer, cleaner, and healthier world for children naturally led her to this current battle.

Rita has always been a fighter for the underdog. Her pro-bono work has included work for Orangewood Children’s Home and Second Harvest Food Bank. She has also been an independent legal advocate for homeless adolescents. In March of 2020, Rita joined Children’s Health Defense as a volunteer attorney and has been advocating for the rights of children and their families ever since. When school vaccine mandates arrived in California, Rita joined forces with Nicole Pearson and Jessica Barsotti to litigate and push back against these illegal and unethical mandates and to fight for the rights of California children and their parents to make their own individual medical choices without governmental coercion. 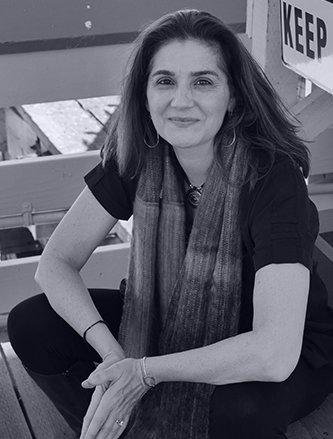 Jessica Barsotti is a public interest graduate of UC San Francisco’s Hastings College of Law and has been an attorney and civil litigator for 21 years in Oakland, CA through her firm The Law Office of Jessica R. Barsotti. She has represented clients in civil rights, Constitutional rights, housing rights, police misconduct, real estate, business, and insurance litigation, including litigation involving faith organizations.

Last year Jessica turned her attention to medical freedom and Constitutional rights litigation as the main focus due to the incredible government overreach and Constitutional degradations that she witnessed surrounding COVID-19.
Jessica is now a Board Member of Children’s Health Defense, California Chapter and is currently representing them in court in actions against school districts and vaccine mandates along with her law partners Nicole Pearson and Rita Barnett Rose at their firm Facts, Truth, Law Justice.

Jessica is a mom of two teenagers who is facing vaccine mandates and knows exactly what parents are going through in the districts that are trying to push this on our kids. She is dedicated to helping spread the word about the violations occurring, and helping people navigate the legal landscape we now find ourselves in through providing free materials and legal resources on the CHD website, litigating on behalf of individuals and organizations, and presenting on topics such as employment rights, educational rights, litigation strategies and how to protect your kids in this ever-changing scholastic landscape. 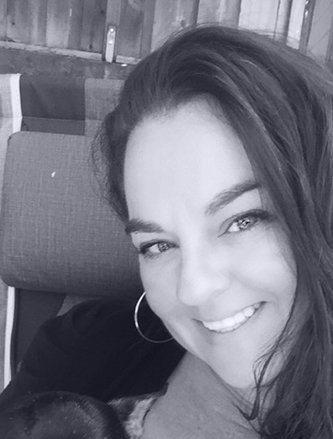